Dolph Lundgren: action star, martial artist and, er, feminist? It mightn’t be the first description one automatically associates with the hulking 6.4 foot Universal Soldier whose acting career has spanned 30-years, but it shouldn’t be too surprising given this is the man who dated fierce bad bitch Grace Jones for almost a decade.

In fact, it was the I’ve Seen That Face Before singer who first dragged Lundgren into the limelight when he was an aspiring scientist in his early twenties. It’s true, a weirder story has not been heard: after winning academic scholarships from Washington State University and the Royal Institute Of Technology, Lundgren took his two degrees in chemical engineering to study a master’s degree at the University Of Sydney, Australia.

To make ends meet he worked as part-time bouncer at local nightclubs—including one that just happened to have Grace Jones performing in it the night they met. She was leaving the venue and—in Lundgren’s words—said “I like the look of him” and the pair began dating. The Swede got his master’s before moving to New York with Jones where she exposed him to the world of modeling and acting.

His superhero origins story aside, Lundgren’s own journey to becoming someone who proudly considers himself a “feminist” was a personal one. While on location overseas filming in 2009, his family were the victims of a violent home invasion in Marbella, Spain. Lundgren’s then wife Anette Qviberg and his two teenage daughters Ida and Greta were taken hostage.

“I was away, and they got everyone—the staff, my family—and tied them up,” says Lundgren, who rarely talks publically about the incident. “My oldest girl Ida (then 13) was tough and she said to them ‘You know, if my dad was here this would be very different’. They took a look around and saw some pictures on the wall and realised who I was. At this point they’d already stolen stuff from the safe, but they gave things back and took off.”

Thankfully no one was seriously harmed in the incident, but Lundgren said he did have contacts in Bulgaria try to “track down” the intruders who he believed to be from Eastern Europe. “I sent some people down to find them and I told them,” says Lundgren, shifting into his best Al Pacino accent, “‘keep ‘em alive until I’m back’.”

Lundgren, 57, and his ex-wife made a conscious plan to have their daughters grow up as far away from Hollywood as possible: they grew up in a small town in Europe, with now 18-year-old Ida and 13-year-old Greta attending boarding school in Sweden.

“That was my ex-wife’s plan and she was very smart about it,” he says. “They’re very normal for someone who has a famous parent so I think it was really good for them.”

“the main thing for me that I’m upset about when I read about women’s issues and feminism is the violence against women, whether that’s domestic violence or rape.”

As the father of two young women, The Expendables franchise star has become increasingly aware of women’s issues as he focuses on what kind of world his girls will become a part of as adults. And so here come that lil ‘F word’, feminism.

“Women have more power and professional opportunities that they didn’t before—which has thankfully changed,” Lundgren notes. “One hundred years ago they couldn’t even vote or own property. But I think the main thing for me that I’m upset about when I read about women’s issues and feminism is the violence against women, whether that’s domestic violence or rape.”

The absolute worst of this, he says, is the millions of nameless and faceless women who are sold into human slavery.

“I’m involved in anti-human trafficking campaigning because most of the victims are women,” he says. “It’s terrible that in this day and age they’re being sold as cattle and into the sex industry as workers—most of them underage girls as well. It has to stop.”

Lundgren—who is in Australia for the next two weeks as part of the Supanova Pop Culture Expo in Melbourne and the Gold Coast—has become a spokesperson for CAST (Coalition to Abolish Slavery and Trafficking) in the US, organising charity events and speaking out about the cause whenever he can.

“They do what they can do to give these girls a better life,” he says. His work with the group also led to his new film about human trafficking—Skin Trade— which he wrote, produced at stars in. Despite being unashamed action movie fare, Lundgren says they wanted to leave the audience with a poignant social message.

“We’re obviously trying to work between the commercial part of it—being action and all—but also show the subject matter as a way to speak deeply about it.” The movie, which also stars Ron Perlman, Michael Jai White and Tony Jaa, has its Australian premiere at the Gold Coast Film Festival on Sunday, April 19. 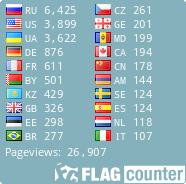 This is an unofficial, non-profit fansite. We have no contact with Dolph Lundgren himself, or anyone representing him. All copyright is to their respective owners, no copyright infringement ever intended. All the graphics and original content belong to Dolph Lundgren (c) 2007 - 2019